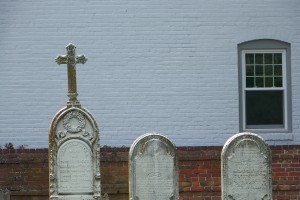 Was This What God Had In Mind When He Created?

This morning in our staff meeting, we had a guest speaker, Pastor Don Landis, talk about an issue that every Christian needs to understand. As many of you are aware, there is a huge debate in the Church today concerning whether or not the Bible allows for billions of years.

Now most conservative Christians reject biological evolution, but a large number have come to believe that it is all right to believe in the big bang and billions of years. In fact, this view is dominant in Christian colleges and seminaries—even many considered to be conservative.

As with any issue addressed in Scripture, Christians must ask, “What does the Bible teach?” rather than appealing to modern opinion. So let’s ask the question: What does Scripture teach on this issue? Is it okay to believe in billions of years and add that to the Bible?

The short answer is an emphatic “No!” Please don’t misunderstand me. A person can be a Christian and believe in billions of years. However, when a person does this, they attack the attributes, nature, and character of God. Consider carefully the truths of the following passages of Scripture.

Genesis 1:29-30 tell us that man was originally created to eat vegetation and so were the animals. Genesis 1:31 reveals that God looked at all of creation and declared that it was “very good.” In Genesis 2:17, God told Adam that if he sinned then he would surely die. When Adam sinned, death entered the world (Romans 5:12; 1 Corinthians 15:21).

Here’s the problem. If a person believes in the billions of years, then the rock layers we see are evidence of those billions of years (rather than a worldwide flood). These rock layers contain fossils—the petrified remains of plants and animals. This means that animals were suffering and dying for millions of years prior to Adam’s sin, yet the Bible teaches that the world was still “very good” (Hebrew word means exceedingly good) after Adam was created. This would mean that God thinks death, suffering, and disease is “very good,” yet the Bible says that death is an enemy (1 Corinthians 15:26).

Some still argue and say that Adam only brought human death into the world or that man simply died spiritually when Adam sinned. It is true that Adam’s sin fractured man’s relationship to God, but remember that the animals were originally created to eat vegetation. Something happened that changed all of that. Now, we have animals that kill other animals. This world is very different than when it was created.

More importantly, if Adam’s sin only brought on spiritual death (separation from God), then why did God guard the tree of life? It was because man was now going to die, and if he could eat from the tree he would live forever (Genesis 3:22-24). Even more important, Jesus took on human flesh so that He could die a physical death on the Cross. If man only brought spiritual death, then Jesus would only need to die a spiritual death (be separated from the Father for a short time) to redeem man. However, Jesus came to die a physical death (and rose physically) because man’s sin brought physical death into this world. Romans 8 tells us that the whole creation (not just mankind) is in bondage because of sin.

I can hear the objection now: “Yeah, but you said a person can still be a Christian and believe those things. So it must not be that important.” That’s right. I did say that. However, keep in mind the mixed message we send when we tell people that they need to repent of their sin and place their faith in Christ, but that they can’t trust the clear words in the beginning of the Bible. Remember what Jesus said to Nicodemus, “I have spoken to you of earthly things and you do not believe; how then will you believe if I speak of heavenly things?” (John 3:12). If God wasn’t telling us the truth in Genesis 1–11 then when does He start telling the truth?

I realize this raises many other questions. Is it plausible to believe the earth is only 6,000 years old? How can so many scientists be wrong? Isn’t there a lot of evidence for the billions of years? Isn’t the creation account just poetry or allegory? Don’t worry, there are answers to these questions. Many of these are dealt with in my first book, Old-Earth Creationism on Trial. You can also check out my website and Answers in Genesis for answers to these and many other questions.