↓
Home Menu ↓
Skip to primary content
Skip to secondary content
Home→Reflections→“But you just gestured to all of me.” 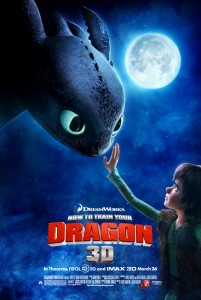 Movie poster from How to Train Your Dragon

Last weekend I watched How to Train Your Dragon with my family and some friends. I thought it was a delightful, hilarious, and entertaining film—one of the best to come out in years. Of course, it wasn’t perfect. As a Christian I have a problem with someone saying “Thor almighty” in reference to a Norse god (Thor is a false god and isn’t even considered to be almighty, but I don’t expect Hollywood to excel in theology or mythology). But beyond that, I really enjoyed the movie.

A certain line was spoken three times in the movie. Hiccup, the boy who trains a dragon, said, “But you just gestured to all of me.” (One time the word “gestured” was replaced with “pointed”). Two of the times Hiccup was being ridiculed for messing up, but the other time He was being praised for saving the day.

This line got me thinking about what God expects of us. When God calls us to serve Him, He is not asking for a half-hearted commitment. He doesn’t want lukewarm. When He saved me, He “gestured to all of me.” He wants me to commit everything to Him.

Too many professing Christians think that they can give God one morning a week or perhaps one day a week, but fail to live for Him the rest of the time. Some don’t even go that far, thinking that they fulfilled their commitments to Him by going through some sort of catechism as a kid. Too often we compartmentalize our faith, by thinking that we can give God an hour of our time, but the rest belongs to us. But God gestures to our entire being.

Jesus talked about the level of commitment that is required to be His follower. In Luke 9:23 He said, “If anyone desires to come after Me, let Him deny Himself, and take up his cross daily, and follow Me.” In other words, our commitment level to God should be so strong that we must deny ourselves and be willing to live and die for Him.

When God called Isaiah to serve Him, the prophet responded by saying, “Here am I. Send me.” He didn’t say, “Well God, I’ll give you one day out of seven, but you gotta let me live how I want to live.” That’s because God gestured to all of him.

The same is true for believers today. God desires for us to follow Him wholeheartedly. Some people are afraid to make that type of commitment because they cling to the things of this world. I must admit that I struggle with it at times too. However, I have learned that things go much smoother when we deny ourselves and give Him control.

Psalm 37:4 tells us what happens when we make this commitment. “Delight yourself also in the Lord, and He shall give you the desires of your heart.” When we live for Him instead of ourselves, then He will bless us with the joy, peace, and comfort that we all long for. He gestured to all of me and He wants you to give Him your whole life too.