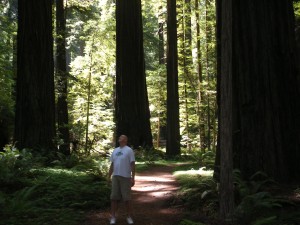 I watched a news report yesterday and read one this morning which state that Richard Dawkins and Christopher Hitchens want the pope arrested for “crimes against humanity” when he arrives in England this September. This stems from the reports that Pope Benedict XVI had covered up a case of sexual abuse of a minor in 1985 while he was known as Cardinal Ratzinger.

I have not paid much attention to the investigation of this incident so I don’t feel qualified to speak about Benedict’s innocence or guilt. If he’s guilty of covering up pedophelia (as many other Catholic clergy have been) then he should be charged appropriately – not sure if “crimes against humanity” is the proper charge and, as far as I know, the alleged crimes did not occur in England.

My point here is not to discuss the legal ramifications of what Benedict may or may not have done. It is to point out the utter hypocrisy displayed by Dawkins and Hitchens. Why haven’t they led the charge against organizations like NAMBLA which seeks to lower the age of consent to 8? They seek to legalize pedophelia yet I’ve never heard Dawkins or Hitchens speak against this and seek the arrest of the movement’s leadership. If they have, I’d be happy to apologize and retract this statement.

However, the biggest point of hypocrisy comes from their own belief system. If there is no God, as these leading atheists aggressively proclaim, then there is no absolute standard for morality and it would be foolish to say something is right or wrong. By whose standard do you make this determination? For the atheist, there are really only two options: individuals decide or society decides. If each person gets to decides for himself/herself what is right or wrong, then you can’t say that any of their decisions were wrong. If each society gets to determine this, then no one can say that what Hitler did was wrong because his society determined it was fine to exterminate the Jews.

There is a bigger problem with an atheist crying out for moral justice (for the record, I’m glad many, if not most, atheists do hold moral standards). If evolution were true, then there would be no such thing as human will and a person could not help but behave the way he does. Since we would just be cosmic accidents, the result of random chemical reactions then all of our decisions would be the result of mere chemical reactions in our brains. We could say “The chemicals made me do it.” Consider the frightening, yet consistent, words of atheist Will Provine:

‘Let me summarize my views on what modern evolutionary biology tells us loud and clear … There are no gods, no purposes, no goal-directed forces of any kind. There is no life after death. When I die, I am absolutely certain that I am going to be dead. That’s the end for me. There is no ultimate foundation for ethics, no ultimate meaning to life, and no free will for humans, either.’  (Provine – Origins Research 16(1), 1994, p. 9).

No, Dawkins and Hitchens aren’t consistent here. They rail against religious believers yet, if their atheism were true, then these religious believers would have to believe what they do. Why doesn’t Dawkins complain about the “crimes against humanity” committed by atheists in the over the past 100 years? What about the tens of millions exterminated by Stalin, Mao, and Pol Pot?

Moreover, they don’t rail against their own religious view of atheism, which is a belief system about where we came from, what our purpose is, and where we are going. Their true colors are on display here. Dawkins and Hitchens are motivated by a hatred of anything that smacks of Christianity. Why are they so offended by the idea of God – they don’t even believe He exists? Why spend your life on a crusade attacking something you think is a fairy tale? I’m not going to spend my life attacking people who believe in unicorns.

The fact of the matter is that Dawkins and Hitchens know full well that God exists, but are desperately trying to justify their unbelief. They are fulfilling the words of Romans 1. They are suppressing the truth in unrighteousness (v. 18). They do not like to retain the knowledge of God in their thinking (v. 28). Their foolish hearts have been darkened and their thinking is futile (v. 21). They claim to be wise but have become fools (v. 22). I pray they will see the truth before it’s too late.