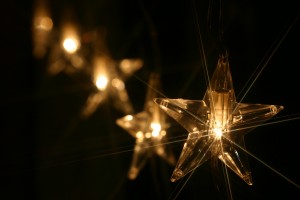 Last year I ran a series on misconceptions that people have about the various traditions associated with Christmas and the biblical accounts of Christ’s birth. As we near Christmas once again, I have seen a number of false or misleading claims out there made by professing Christians attacking believers who choose to celebrate Christ’s birth at this time of year. So this blog post is going to focus on many of those unwarranted critiques made by those who claim it is wrong to celebrate Christ’s birth.

Before dealing with those who go overboard on the subject, I want to briefly highlight some of the subjects I covered last year. In my first article, I addressed the location of Christ’s birth, showing that the traditional retelling is likely in error. This post also looked at whether or not the angels sang following their announcement of Christ’s birth to the shepherds and whether or not the magi arrived on the night of His birth.

The second and third articles actually dealt with some of the subjects that some people tend to go too far on. Are Christmas trees of pagan origin and is it okay to use x-mas instead of Christmas? Was Jesus born on December 25, and can Christians celebrate the birth of Christ?

These final two subjects deserve some more attention because they seem to be the focus of many of the attacks upon Christians who celebrate Christ’s birth at this time of year. I have heard or read several people discussing how scholars have proved that Jesus could not have been born on December 25th, and that this date was really chosen as a day to worship a pagan sun god. So these folks claim that anyone who celebrates Christmas is actually worshiping the pagan sun god.  How legitimate are these claims?

While I can appreciate the desire to keep pagan ideas out of Christianity, these claims are without merit. First, scholars have not been able to show that Jesus was not born on December 25th. Although we don’t know if He was born on that day, it is just as likely as any other day of the year. My article from last year dealt with this in more detail, but the “order of Abijah” argument and the idea that it would have been too cold do not stand up to scrutiny.

Perhaps the most popular argument against the December 25th date is the claim that all of the major events associated with Christ’s life and work took place (or will take place) on the major Jewish festivals. After all, His Crucfixion and Resurrection took place on or around the Passover and Feast of the Firstfruits, respectively. So many people believe that He was born at the time of the Feast of Tabernacles (or Booths) and that He may have been born in one of these booths. They go on to say that the Rapture and His Second Coming must also take place on these major Jewish holidays. Last year, I responded to the claim that He must have been born at the Feast of Tabernacles:

So where did the December 25th date come from? The earliest known source for this date is found in the writings of Julius Africanus (early 3rd century). As far as we know, Julius had no way of knowing the exact date of Christ’s birth, but here’s the important point: he selected this date more than 50 years before Emperor Aurelius instituted the holiday known as Sol Invictus to honor the sun god (another holiday known as Saturnalia took place from December 17–23). So those who claim that this date was chosen to coincide with the worship of the pagan sun god actually have it backwards.

But what about this idea that celebrating Christ’s birth, especially at this time of year is sinful. Last year I had a conversation with one of these guys that went something like this:

Him: Anyone who celebrates Christmas is worshiping the pagan sun god.

Me: So is it possible to celebrate the birth of Christ on December 25th?

Him: The Old Testament commands us not to be like the pagans, and since celebrating on December 25th has pagan origins, then it is sinful for Christians to do it.

Me: Please answer this specific question: is it possible to worship God on December 25th and to thank Him for sending His Son?

Him: That’s a loaded question.

You see, the person did not want to answer this very simple question because it would completely demolish his argument. First, the argument from the Old Testament fails because I am a Christian; therefore, I am not under the law. Galatians 3:19 states, “Why then the law? It was added because of transgressions, until the offspring should come to whom the promise had been made…” (ESV, emphasis added). The law was in effect until Christ fulfilled it. Now, we are not under the law, but under grace (Romans 6:14).

Second, even if things like Santa, Rudolph, trees, etc., are wrong (which I’m not claiming they are good or bad, but if they detract from Christ then I’m not in favor of them), it doesn’t follow that every single Christian celebrates Christmas in that way. In fact, we do not put up a tree, nor do we teach our kids to believe in Santa or any of that other stuff. So am I not allowed to tell God “Thank You” on December 25th? From this guy’s perspective, it’s wrong for me to do it.

The Bible could really not be any clearer on this subject. Christians have the freedom to set aside a day (or multiple days) to celebrate the birth of Christ or for any other reason they may want to praise God.

In other words, if you want to celebrate the birth of Christ, you have the freedom to do that on any day you want, including December 25th. You also have the freedom not to celebrate Christ’s birth on that day, or any other day. Whichever one you do, let it be according to your own conscience and celebrate (or don’t celebrate) “to the Lord.” If you feel conviction that you should not do it, then God bless you, don’t do it, and serve the Lord, but do not judge a fellow believer for celebrating on that day. In the verse just prior to these two, Paul asked, “Who are you to judge another’s servant?”

Well, someone might say (and they have) that my argument begs the question of whether or not it is okay to celebrate the birth of Christ in the first place. After all, the Bible never commands us to celebrate His birth, but it does tell us to celebrate His Crucifixion and Resurrection. They also claim that the Bible only mentions two birthday celebrations and they were for pagan rulers (Pharaoh and Herod), so it isn’t right to celebrate birthdays.

Actually, I’m not certain there is a direct command to celebrate or commemorate the Crucifixion and Resurrection, but Paul did say that as often as we take part in the Lord’s supper, we proclaim the Lord’s death until He comes (1 Corinthians 11:26). So it’s certainly acceptable for believers to commemorate the Crucifixion and Resurrection. What about His birth? The fact that the Bible only mentions the birthday celebrations of pagan rulers does not mean that it forbids birthday celebrations. These were passages that simply told what did happen and there is no command in either passage telling us that we can’t celebrate birthdays. Look at what happened on the night Christ was born:

Now there were in the same country shepherds living out in the fields, keeping watch over their flock by night. And behold, an angel of the Lord stood before them, and the glory of the Lord shone around them, and they were greatly afraid. Then the angel said to them, “Do not be afraid, for behold, I bring you good tidings of great joy which will be to all people. For there is born to you this day in the city of David a Savior, who is Christ the Lord. And this will be the sign to you: You will find a Babe wrapped in swaddling cloths, lying in a manger.”
And suddenly there was with the angel a multitude of the heavenly host praising God and saying:
“Glory to God in the highest,
And on earth peace, goodwill toward men!”

So it was, when the angels had gone away from them into heaven, that the shepherds said to one another, “Let us now go to Bethlehem and see this thing that has come to pass, which the Lord has made known to us.” And they came with haste and found Mary and Joseph, and the Babe lying in a manger. Now when they had seen Him, they made widely known the saying which was told them concerning this Child. And all those who heard it marveled at those things which were told them by the shepherds. But Mary kept all these things and pondered them in her heart. Then the shepherds returned, glorifying and praising God for all the things that they had heard and seen, as it was told them. (Luke 2:8–20, NKJV)

The angels announced good tidings of great joy and praised God. The shepherds glorified and praised God. Mary treasured all the things she had seen. All of this was in response to the birth of God’s Son. What did they do? They celebrated! Although we are not commanded to celebrate His birth, we see clear examples in Scripture that some people and certain angels did celebrate this event.

Clearly, it is perfectly acceptable for Christians to celebrate Christ’s birth—unless they’ve been convicted that they should not. Let each one be convinced in their own mind, don’t allow your liberty to be a stumbling block to a weaker brother, and don’t judge fellow servants of the Lord.