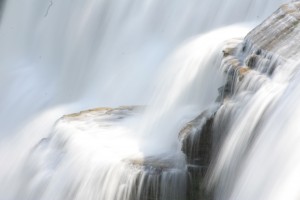 If you regularly read my blog then you know I haven’t been adding new posts on a weekly basis over the past few months. While I’d like to post something at least once a week, I have been too busy with so many other writing and editing projects. So let me share with you some of the things I’ve been working on.

Last month, my son started playing in his first basketball league (Upwards). He’s in the third-fourth grade level and I am coaching his team. I’ve coached high school players before and really enjoyed it because they can do most of the things required to play basketball. I was nervous about coaching little kids, but I’m having a great time with it. I’m trying very hard not to be a coach who favors my own kid, and I don’t want to be harder on him than the other kids either (I will probably need to be harder since he’s inherited my bragging). We have played two games so far and picked up our first win this morning. They played hard and are having a great time.

I’ve also made a little bit of progress on book four of The Truth Chronicles series. I’m excited to see the next three books in the series, since I believe we have a fun story to tell covering several important issues, but I’m having trouble finding enough time and energy to work on them.

I have made arrangements for a couple of speaking opportunities in the coming months. From November 11–13 I’ll be speaking five times at a church in the Greenville, South Carolina area. Click here for more details. I’ll share details about the other event in a later post, but it is scheduled to take place in Cincinnati next spring.

At work, I have been busy writing and editing several projects. We recently finished up a devotional series covering an entire year’s worth of daily readings. I believe these will soon be published in a book. I had the privilege of writing about 25–30 of the devotionals and editing the last 3/4 of them. They have all been posted on the Answers in Genesis website, so here are links to a few of the ones I have written: It Is Well, Should We Suffer for the Gospel?, and Who Will Inherit the Kingdom of God?

Another book project at work has recently consumed most of my time each day. Last year Answers in Genesis released a popular book entitled Demolishing Supposed Bible Contradictions. We have just finished the second volume in this series, and I served as the primary editor and theological content “checker.” I also wrote many of the chapters, some of which have already been posted on the website. Here are the chapters that have already been posted on the website: When Did Jesus Cleanse the Temple? (with response to negative feedback), Generational Gaffe, and When Was the Temple Veil Torn in Two?

My other chapters that will be in the book cover the following issues: How could all of the events of Day Six take place within 24 hours?, Do Genesis 1 & 2 contradict each other regarding the creation of plants?, Did God condone child sacrifice in the case of Jephthah’s daughter in Judges 11?, Was Jesus mistaken about Zechariah’s father?, and Did Jesus go up or down the mountain before preaching the Sermon on the Mount? I’m not sure about the publication date for this book, but I believe it will be out before Christmas. I’ll keep you posted.

I will be featured in two articles in the upcoming issue of Answers magazine, which will be mailed out right around the end of the year. I was interviewed about The Truth Chronicles series to discuss what they are about and how they can be used to teach the biblical worldview to “tweens” and teens. Also, I was asked to write an article about the sons of God and the Nephilim from Genesis 6:1–4. Although I wrote my thesis on the subject and have written much about it on this blog, this was a lot trickier than it sounds since Answers in Genesis does not take a position on the subject. So we put it through numerous reviews, including three Hebrew scholars, to make sure it isn’t slanted one way or another. The article should serve as a great introduction to the subject, discussing the three major views on the sons of God and explaining the meaning of the word “Nephilim.” I’ve already seen some of the artwork and it’s very cool and I’m really looking forward to seeing the final product.

We recently started working on the second volume of How Do We Know the Bible Is True? I will be writing three or four chapters in this volume. Last month I wrote one of the chapters, which is a critique of biblical critic Bart Ehrman’s book Forged. He alleges that most of the books of the New Testament were not written by the people that are often associated with them. Ehrman is a good writer and is well-spoken, but he uses the same tired old arguments that have been soundly refuted for years. However, he is very effective in convincing uninformed readers because he has the ability to make interesting a subject that bores most people (and because there are a lot of people who are looking for excuses to reject God’s Word).

Finally, I just finished editing a young lady’s first novel. This involved much more than simply proofreading the book, but included a full line edit and copy edit. She is currently looking for a publisher and already has the rough drafts for two more books finished in the series. If the book is published, I’ll post some more details on the blog.

So that explains why I haven’t made much progress on my own books and updated the blog much. Are they good excuses? I think so. I’ve had fun working on most of the projects and am looking forward to seeing the articles, chapters, and books in print.