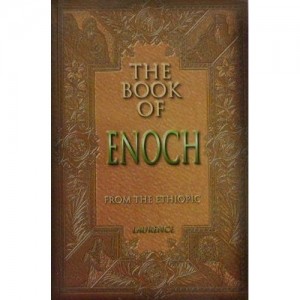 [As of 11/5/11 my thesis is now available in print or for Amazon Kindle.] The first four posts in this series have covered the following topics: a summary of my thesis on the sons of God and the Nephilim, a critique of the Sethite view, a critique of the Royalty view, and a summary of some of the biblical arguments for the Fallen Angel view. This post will continue with some of the strengths of the Fallen Angel view.

First, think about why these beings, who obviously did something wrong in Genesis 6, could be called the “sons of God.” The Sethite position makes some sense here. If the “sons of God” were godly descendents of Seth, then it is conceivable they could be given this title. However, we already saw in an earlier post many of the problems with this position, including the fact that if they were godly, they wouldn’t have continually married ungodly women. The Royalty position is quite weak on this point. The Fallen Angel position makes perfect sense here. Not only are heavenly beings called “sons of God” three times in Job, but there are some other reasons why they can be identified as such. Consider who else is given this term in Scripture: Adam, Jesus, and Christians. Christians are sons of God by adoption and we are given a new nature upon conversion (Romans 8:14), but both Adam and Jesus’ humanity were direct creations of God. The angels were also directly created by God, so maybe that is why both holy and fallen angels could be called this.

However, a far better explanation as to why fallen angels can be called “sons of God” has to do with the meaning of the term “elohim.” While it is most frequently used as a title (“God” in about 90% of occurrences), it can refer to other beings whose plane of existence is the spiritual realm. The term is also used of “angels” (Psalm 8:5), “demons” (the “gods” of Deuteronomy 32:17), the “spirit” of Samuel (1 Samuel 28:13), and the “gods” of the divine council (Psalm 82:1). So a “son” of elohim would refer to someone from the spiritual realm—it does not necessarily refer to one who is obediently following God.

Second, think about the various positions here and then ask which one provides the best rationale for the cataclysmic judgment of the Flood. Genesis 6:5 states, “Then the LORD saw that the wickedness of man was great in the earth, and that every intent of the thoughts of his heart was only evil continually.” Verse 11 adds, “The earth also was corrupt before God, and the earth was filled with violence. So God looked upon the earth, and indeed it was corrupt; for all flesh had corrupted their way on the earth.” God judged the earth with a worldwide Flood because of the extreme wickedness. While all three views agree on this point, only the Fallen Angel view truly makes sense, since the other two have occurred countless times throughout history and God has not judged it in such a severe manner. In other words, believers have married unbelievers, and noble men have married commoners throughout history. Why hasn’t God brought such a harsh judgment for these actions. However, what took place in Genesis 6 seems to have been quite unique so the Fallen Angel view makes better sense of this issue as well.

There are some who believe Luke 17:26–30 teach that these circumstances will be repeated just before Christ’s Second Coming. Jesus stated, “And as it was in the days of Noah, so it will be also in the days of the Son of Man: They ate, they drank, they married wives, they were given in marriage, until the day that Noah entered the ark, and the flood came and destroyed them all.” Some people use this passage to claim that fallen angels will once again breed with humanity in the end times, and they point to the alien abduction phenomena as evidence of this. This connection is very intriguing and plausible, and I plan to write some more about the alien abduction phenomena and the possible parallels here. However, I think this claim misses the point of Christ’s words in this passage. Jesus was simply indicating the suddenness and severity of the judgment. He went on to compare His coming judgment to the suddenness of the judgment that fell on Sodom.

Contrary to popular belief, the word “Nephilim” is not derived from the Hebrew verb “naphal” which can have the meaning “to fall.” It does not fit any of the proper forms (morphologies). So this is not primarily speaking about people who “fall on” others in the sense of being violent or about those who have “fallen” far from God, even though they were clearly in rebellion against God. Many use this line of argumentation to claim that the Nephilim were the “fallen ones.” Besides the fact that “Nephilim” does not mean “fallen ones,” it would not make a whole lot of sense to call the offspring “fallen ones” when in fact it would be their fathers (the “sons of God”) who were fallen.

The term “Nephilim” is in all likelihood not a Hebrew term at all. Instead, it is a plural form of the Aramaic noun (naphil) that means “giant.” (For a fairly easy-to-understand explanation of the origins of this term, please read Michael Heiser’s paper on the subject.) This is stated in the major Hebrew and Aramaic lexicons (Brown, Driver, Briggs / HALOT / NIDOTTE). This is why it is translated as giants in several translations and why the Septuagint (Greek translation of the OT) uses the term gigantes (giants). This also makes sense of Number 13:33 which tells us that the a race of giants known as the Anakim were part of the Nephilim. So why would the offspring of one group of humans marrying another group of humans result in giant offspring? Of course, it is genetically possible for a giant to be born if the parents had the appropriate genetics, but it seems highly unlikely that all of the offspring of these two groups would have been giants unless something more sinister was going on.

Take a look at the following charts that show the history of the various positions on this subject. The first chart shows the earliest writings and commentators. The second shows views since the time of the Reformation. Notice that all of the early commentators and extant writings promote the Fallen Angel view. It wasn’t until the rise of the allegorical interpretation that other views began to be pushed. (If both “Angel” and “Human” are checked it signifies the offshoot of the Fallen Angel view, which posits that the sons of God were fallen angels who possessed men.)

From the time of Augustine until the early 20th century, the Sethite view was the dominant position. This was largely due to Augustine’s tremendous influence, but as I have already shown, this view has virtually no biblical support and is the least popular today. Many of those who objected to the Fallen Angel view, such as Calvin, did so because they found it repulsive rather than for any textual reasons. The last century has seen a strong trending back to a supernatural position, and I think this is a move in the right direction.

The next post will address the objections to the Fallen Angel position and then I’ll move on to discussing the identity of the Nephilim. Thanks for reading.